Bunny Show
As the driver and chief equipment setter upper I also get to take all the pictures at the rabbit shows.. I am that obnoxious photographer pushing his way to the front and asking people to please more or duck down so I can get the shot..  Here is Maureen's last show in Lancaster Ohio.. I think she did well.. Best of Breed in English Angoras and a Best of Opposite Sex Breed  in French Angoras with her Baby French ..  The interesting thing was it was the youngest French shown and beat 22 other French Angoras... I guess you could say that was a good day...
Roman on the  Grooming Table 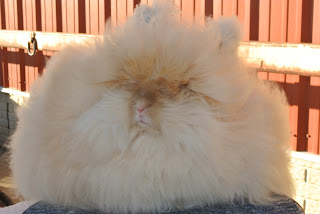 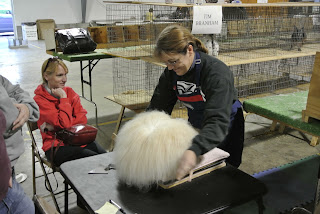 Eve (new French) Peeking out of the box 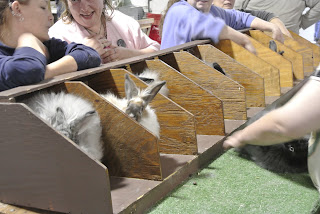 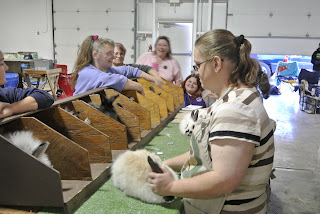 Having been Judged Eve Decides it is Time to Leave 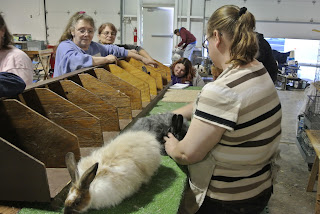 Posted by Big Times Kennel at 3:27 PM No comments:

At the Champions Center in Springfield our little dogs got to rally stretch their legs and run on what is their favorite surface to run on "DIRT"  It was hard and well packed and the footing was good and our 2 corgies had a blast..Both run in excellent and both collected multiple blue ribbons... and now the show...


Ruth and Kerrie (8 inch)
Becky and Maddie (4 inch)
Both Corgies rule their class
﻿
Posted by Big Times Kennel at 11:18 PM No comments: